In the final step before being submitted to the printers and onwards to a bookstore near you, the manuscript goes through some rather important hands. Now the waiting begins.

For someone creating anything – a piece of music, written work, a painting, anything – the process of checking and approval can be an interminable yet wholly unavoidable one. Whilst I fully understand its necessity, not only to the overall production arc but to the quality of the finished article too, I used to bite my lip during my early days on Guitarist magazine when edits and changes were made that I felt weren’t needed. Well, suck it up, big boy: I learned pretty soon that it’s a vital process, especially if what you’ve written is ultimately going to be read by people who have spent their own money to do so, be they readers of Guitarist or this very book. If you need any examples of the ‘quality’ of the unrefined written word, check out just about any of the posts on any Forum out there on t’internet: Shakespeare they most certainly are not. Roxxor!

Brian is fully hands-on with anything that either involves him or Queen directly. If we stick to books for now, any that has his name on the cover, be it Carlton’s most excellent ’40 Years Of Queen’ tome or the equally absorbing yet slightly more bizarre ‘Diableries’, he’ll read, re-read, check, mull-over and, all being well, approve every single word, which results in the greatest part of the production process of all: the Signing Off.

Now, you may have noticed that Queen are having one of the busiest periods of their more recent career, with something about new Freddie Mercury songs and the album Queen Forever, a film in the works and an increasingly mahoosive tour all going on – or at least noisily bubbling under – in 2014/15. So, trying to get Brian to find the time it’d take – and that’d he’d wish to take – to sit down and read every word of the finished layouts wouldn’t, I’d assumed, be an easy task. 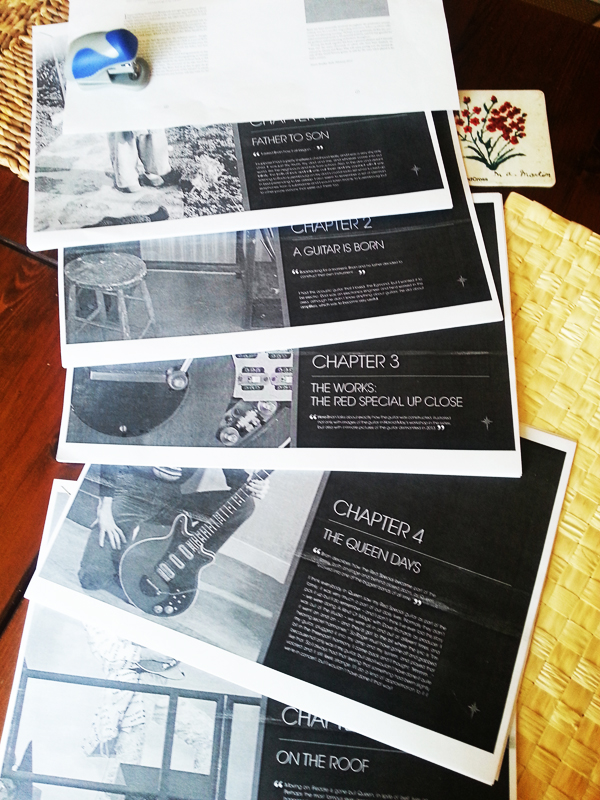 The book had been laid out, proofed and checked by Queen archivist Greg Brooks and Gary Taylor before being sent to Brian in electronic form at, I feared, possibly the worst time: right in the middle of the US leg of the Once In A Lifetime tour. Like many big-time artists, Brian gets into Road Mode (he’s done it a few times before, of course, so knows exactly what it takes to be the best he can be every night!) and it takes a lot for him to drag himself out of that frame of mind to concentrate on something else. I was very worried that he’d leave the checking of the book until he got back off the road, by which time we’d have missed the print deadline we were aiming for in order to hit our planned publication date. 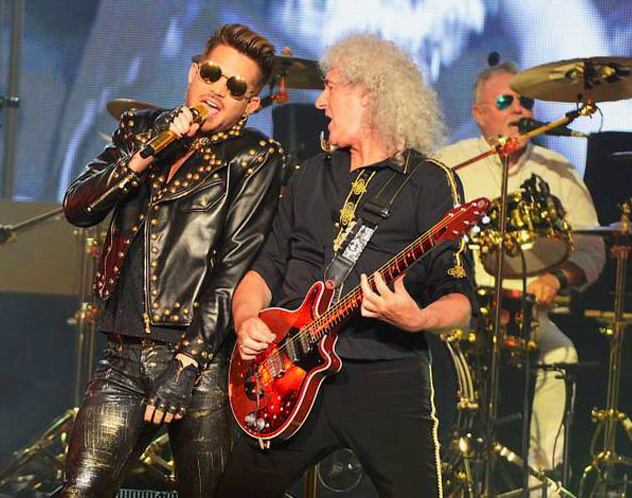 We got an email from Brian on 8th July that included his foreword (*blush…) and a new version of the draft that he had not only read from beginning to end, but had also added more detail to, improving the first two chapters especially. How do I know he’d read every word? I found an additional sentence in the strings boxout, plus he’d augmented a number of captions. What a legend!

He was very positive about the whole thing, which I was both relieved about and grateful for and, privately, said some very nice things about how we’d approached the entire concept. I allowed myself a quiet sigh and put on Jazz, the first Queen album I ever bought and the one I still feel the most affection for. Remember that triple-tracked harmony guitar lick 1.46 into ‘Mustapha’? That’s my own ‘Beatles On Ed Sullivan’ moment and why I play guitar, not that I knew it was a guitar I was hearing at the time. Deep…

The final part of the story will revolve around the finished publication, all bound, covered and awesome. Can’t wait to see it. 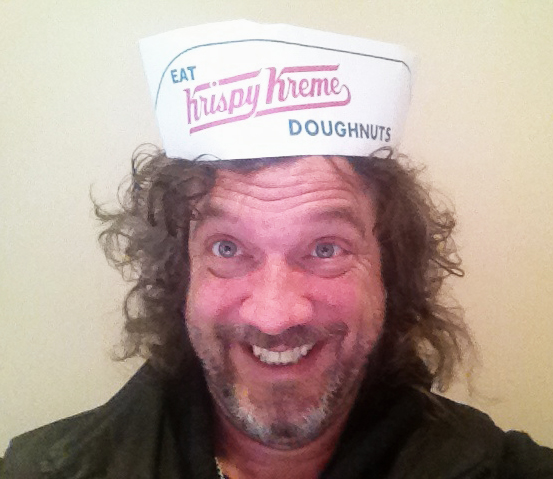 The pictures used on this blog are either mine or used with the permission of the copyright owner. If you feel you have to take and use them elsewhere, a credit would be nice and presumably you’ll be buying the book now it’s out? Thank you!