A lovely shot of the Red Special on the day it was finished, propped up on a chair in living room of the May family home, Feltham, October 1964.

Note the original features; the headstock logo, those quaint radio knobs, the guitar’s first tuners and the orginal pickups. This also shows the vibrato arm in its original configuration. When compared with images from the earliest Queen gigs, it’s far straighter here than it became, developing a kink that was adopted for the Burns and BMG guitar’s vibrato arms of several decades later. 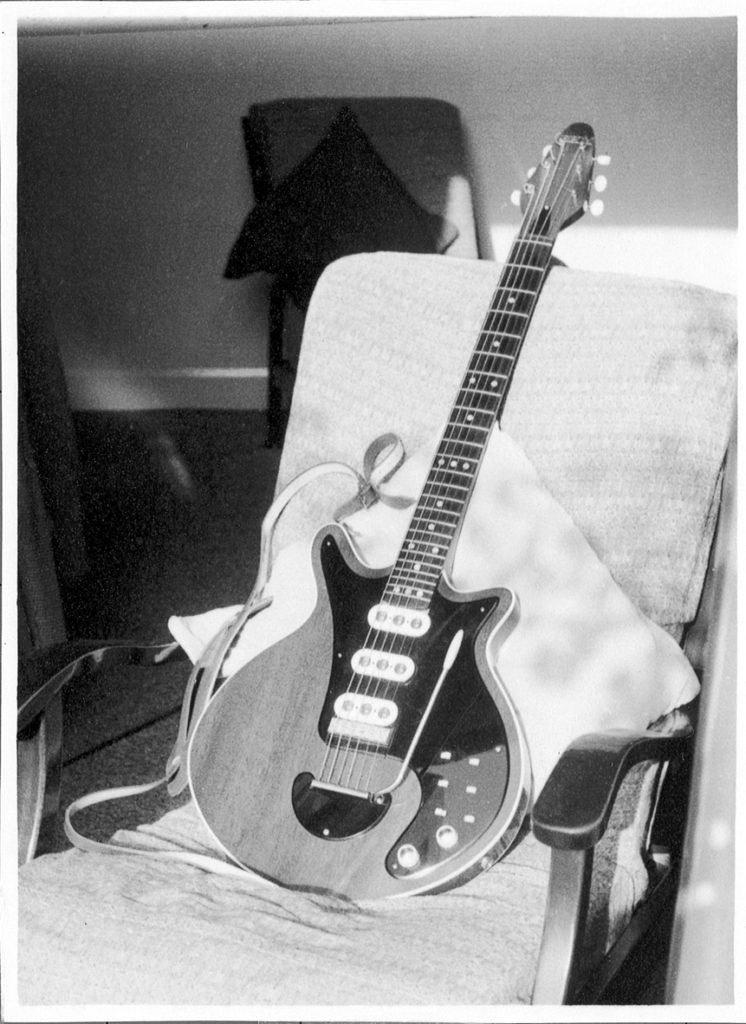